Planting a seed: A definitive guide to the development of Chalice's sustainable farming projects in Africa

It takes a village to raise a child, but to build crops and farms that become a school's main food source, it takes a little something extra.

That something extra is Chalice's African School Farming and Food Security Project. In the African communities where Chalice works, small-scale farming is a part of daily life. But it's hard for many to produce sustainable harvests after peak periods, and children often go to school hungry. 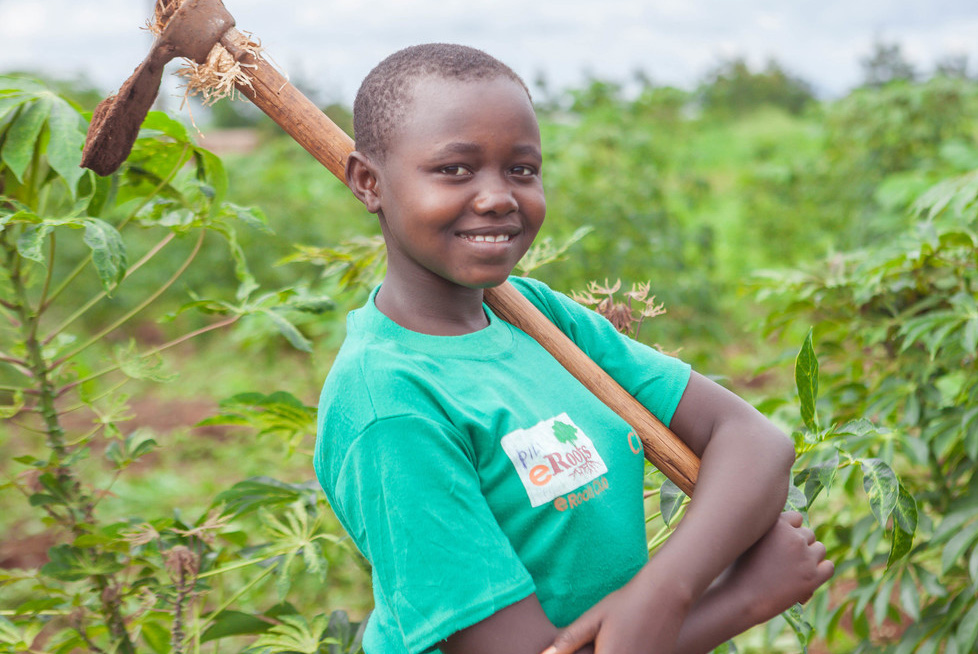 In response to the growing issue of food insecurity, this farming project (formerly known as eRoots), launched in Kenya in 2012. Students and parents worked to build high-yield gardens, orchards and farms on school and community lands. In turn, the program provides school lunches for children, and created a sustainable community farming system. Once school farms are established, students won't have to rely on sponsorship for food, meaning parents can use those funds elsewhere. In phase two (known as school gardens), the program expanded into Tanzania.

Now, we're diving into phase three. We'll be telling you about our overarching goals and outcomes, and steps we'll take to get there. 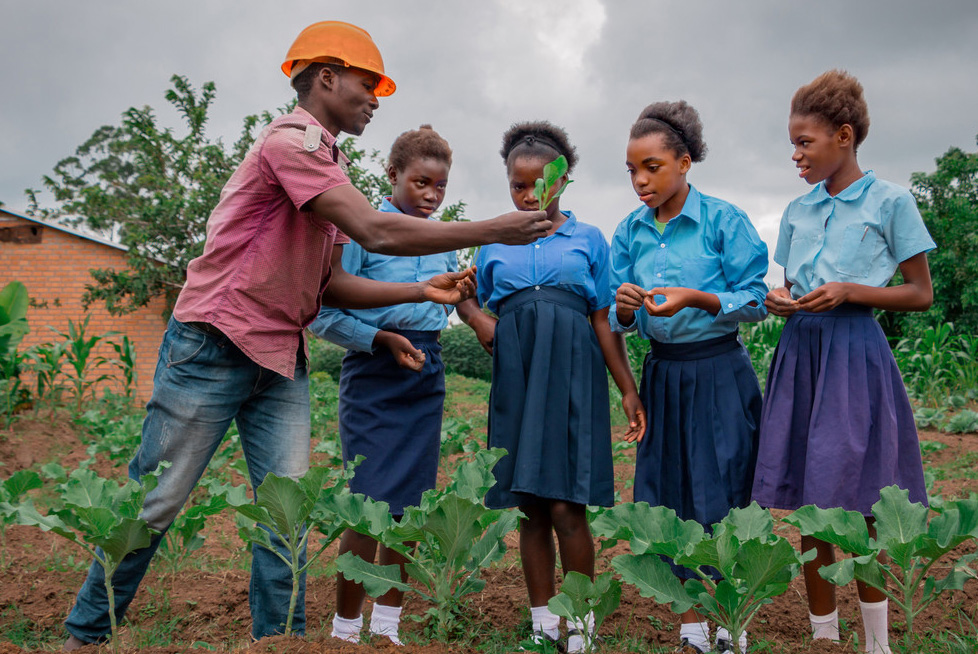 In this phase, Chalice is targeting Ghana, Zambia, and Tanzania. While the first two are new to the program, we want to enhance the existing program in Tanzania. Sites there still rely on Chalice funding for 80% of school meals. We believe that the community could produce enough food on its own, which would contribute towards the goal of freeing up sponsorship funds for other needs.

This program will last three years. Between the three countries, the overarching goal is to provide one hot lunch for children in public schools during the week. Children living with special needs or in orphanages will receive two hot meals per day, seven days a week. In total, that's 16,000 children in 29 schools and two children's homes.

For a long-term outcome, Chalice wants to see the communities and schools develop a sustainable food source that will continue for many years. Knowledge of better agricultural practices can also transfer to future generations.

An integral step to making the program a success are groups of small-scale farming cooperatives. These groups will receive training and produce higher yields, while being connected to buyers. They're mostly made up of parents of children at the schools Chalice works with, and those schools are often buyers of the yields. Some of the excess food is also sold at market. Parents will receive education in modern agriculture, setting them up for a long-term sustainable practice.

Chalice's goal is to establish 18 common interest groups across the three countries. Students will also play a role. They will garden or harvest for one or two hours when the need arises, ensuring their work doesn't clash with the school calendar. Those students are those already involved in agriculture, as members of school agricultural and environmental clubs.

In Tanzania, schools will receive training and farm inputs, such as seeds and fertilizer, for the first year. This will be reduced the second and third years. Eventually, the only support they'll receive will be the training and extension services from local program managers.

To carry out the program, Chalice will go through a series of other steps. Groups in Ghana and Zambia will be trained in micro-finance and entrepreneurship, so they can participate in agri-business and the school feeding markets.

Chalice will also provide seed capital for cultivation, farm inputs, and extension services. We will work with schools to ensure food production is on track. In addition, Chalice will increase water access by providing schools with two, 10,000 litre tanks and an irrigation kit.

Locally, staff will train community members in modern agricultural practices, and will promote agroforestry by requiring each targeted school to plant 500 trees annually. Community training will also be offered on topics such as small business development and livestock production. 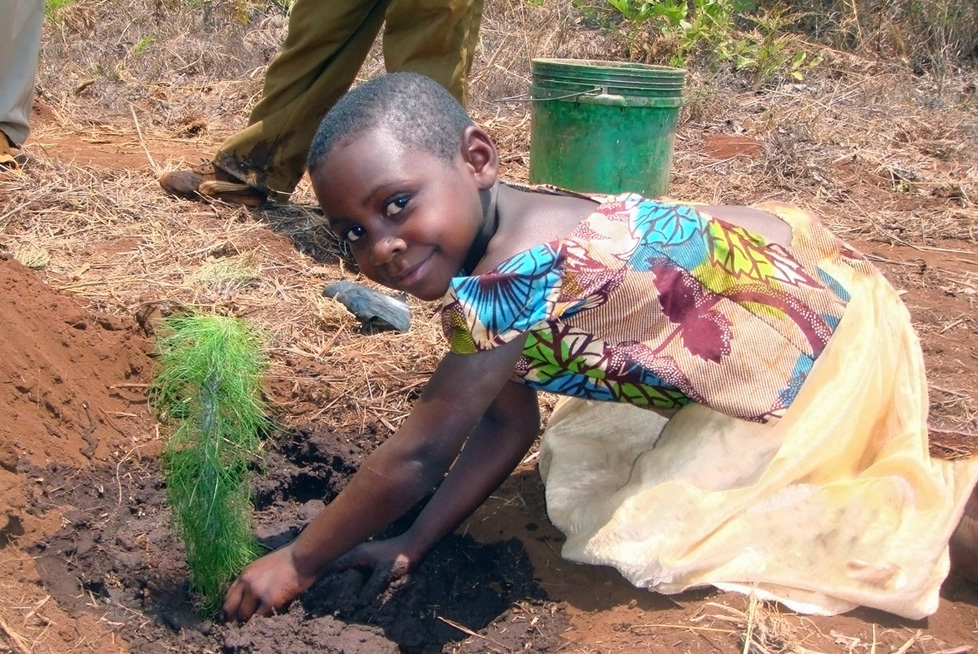 Another step is for Chalice to examine key indicators like school enrolment, attendance, and national exam performance.

Chalice understands there are risks involved with the project, and we're taking steps to mitigate them. High-risk situations incude COVID-19 disruptions, locust invasions, and droughts/floods.

To deal with the first issue, Chalice will strictly follow local COVID-19 guidelines while implementing the program. We will also reduce the number of people on farms to form small bubbles.

For the latter two, Chalice will incorporate technologies such as strips of pyrethrum with crops to repel locusts, and embrace water and soil conservation methods.

Chalice is seeking to raise $782,788.10 CAD for phase three. We're putting out calls to donors and sharing the news in our marketing materials.

The program will be complementary to sponsorship, and will help food production stay in the community.

An ideal outcome would be for other nearby schools to start their own projects, thereby providing food security to more children and families.

A look at years past:

When the second phase launched in 2017, the overarching goal was to provide a hot meal to children in 31 schools across the countries. That meant a total of 18,600 children.

Well, the program exceeded that, and provided meals for 19,340 children in 39 schools. This happened because neighbouring schools asked about the program and took the initiative to set up their own, a positive outcome for the commuities.